Abdullatif Ghazi Abdullah is one of the most successful entrepreneurs in business and football industry. He has two young Nigerian players who are set to leave to Europe to a big club which will be disclosed at a later stage.

Abdullatif holds the economic rights of one of the most talented and best footballers in the African history, the Egyptian international Mohamed Ibrahim Abu El yazeed who is the only African and Arab to score a hatrick in the World Cup categories history.

The Egyptian made one of the best historic moves on the 1st of July, 2015 from Venezuelan international Gelmin Rivas to Ittihad Jeddah Football Club in Saudi Arabia.

Abdullah is popularly known for his Large/Tycoon scale of contacts in the Middle East Arab Countries such as royal families and top tycoons businessmen in the Arab Region. He holds a wide range of Millionaire's and billionaire's tycoon businessmen funds in Europe.

Potentially, Mr Abdullatif Ghazi Abdullah made a massive step to bring in a offer for African Star, Pappis Cisse from Newcastle to Al-Ahli in Dubai for just over 10 Million Pounds which nearly was boxed off due to the timing of deadline of the UAE Arabian Gulf League transfer window, Pappis Cisse was unable to move.

Ghazi is associated with Anthony Finnigan with Players lounge which is one of the leading sports agency in the world. They also moved Lewis Abdullah Grabban from Norwich back to Bournamouth for £8 million pounds during the 2016 English Premier League transfer window. 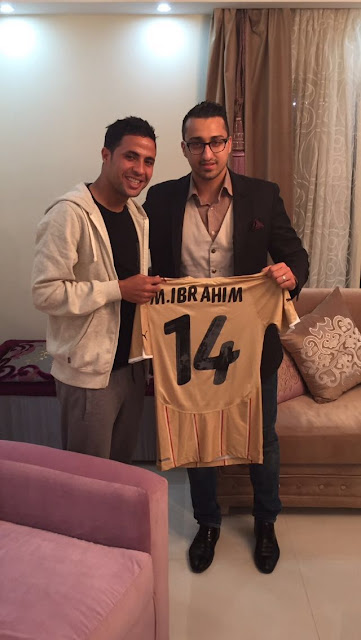 Posted by Nigeria Sports Arena at 06:37