Former Nigeria Professional Football League (NPFL) side, Giwa Football Club of Jos Striker, Ibrahim Shuaibu began his exploit yesterday in Europe after scoring twice against Stord for FK Haugesund in the first round of the Norwegian Cup.

FK Haugesund trashed Stord Football Club 8-1 away from home with the likes of Super Eagles defender, Troost-Ekong, Derrick Mensah scoring a goal each while Kwame Kwarikwari and Ibrahim netted two goal before Masds Graheim completed the route following an own goal.

Speaking with Nigeriasportsarena this morning Shuaibu said “I’m for the goals I scored, I thank Almighty Allah, this is the beginning of my career on Europe I also want to appreciate my fans back who have been supported with their prayers.

“We have a big game on Friday and I want to replicate this form in that match, yesterday is one game I will never forget scoring two goals and one assist is something great and I believe the managements are expecting alot from me,” he concluded.

9th placed Haugesund will host Lillestrom this Friday at the Haugesund Stadion in game week 5 of the Norwegian League. 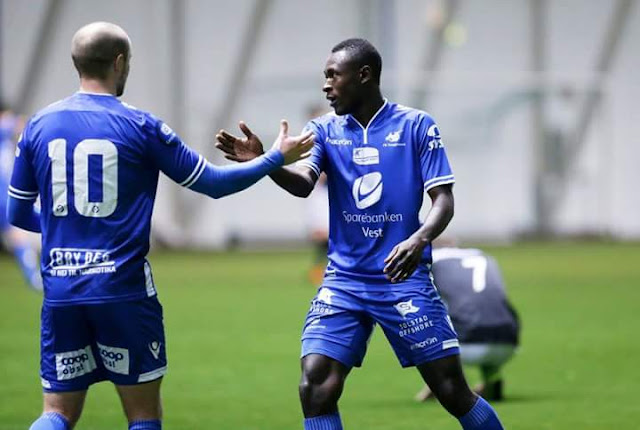 Posted by Nigeria Sports Arena at 01:10 No comments:

It was a bad day in the office for the Olukoya Boys at the Warri City Stadium despite dominating the game in the first five minutes.

MFM fc got a free kick three minutes into the encounter, it was taken by Ifeanyi Ifeanyi, but Warri Wolves goalkeeper, Rhogbere Tejiri pushed the ball away for a corner kick.

Warri Wolves only shot at goal in the first half came in the 10th minute of the match after a fine build up play as John Odumegwu effort hit the cross bar.

The Olukoya Boys gave the hosts some moment to worry about following a well taken free kick by former under 20 midfielder, Ifeanyi Ifeanyi ,his shot was parried by Tejiri.

The first 45 minutes ended with both teams going into the dressing room with a goalless draw following a heavy downpour.

Ogbenewo Uzezi 50th minute sublime shot was properly taken care of by  MFM fc stand in goalkeeper, Egbe Ospino who pulled a superb save to deny the hosts their opener.

MFM FC Coach,  Fidelis Ilechukwu made his first substitution of the match 10 minutes into the second half as teenage striker, Stephen Odey replaced Festus Ajah.

Both teams didn’t find the game easy as the rain restricted the bounce and movement of the ball thus making it very hard for the players to string passes together.

However, Oghenewo Uzezi put the homers in front with a 71th minute strike that beat MFM FC goalkeeper, Ospino who had a decent performance in between the sticks before he conceded the goal.

Striker Sikiru Olatunbosun was substituted in the 78th minute of the game for Adekunle Adegboyega and Atu Paul Irumekhai for captain Kenedium Nelson.

Kenedium stabilised the midfield while Adekunle troubled Wolves defenders with good runs and dribbles, Odey on the other hand showed some flashes of brilliance in the attack but the SeaSiders defenders stood tall to deny the visitors their equaliser.

The fans were thrilled with good display of football from both teams with the match officials doing a yeoman’s job.

The Lagos-based club now sit in 8th spot on the NPFL log with 16 points from 11 League matches. They will host Wikki Tourists in Match Day 12 coming up this weekend at the Agege Stadium. 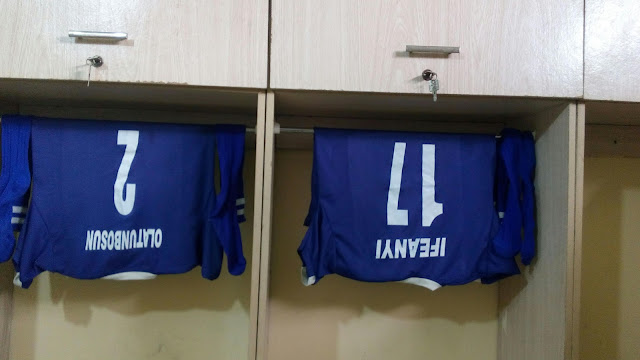 Posted by Nigeria Sports Arena at 23:26 No comments:

The Cameroonian captain switched his allegiance to the Chinese outfit during the January transfer window for a fee believed to be around $4.4 million from Turkish giant Trabzonspor after an impressive performance in the Turkish Super League.

Prior to his move to  Trabzonspor the Indomitable Lions captain won two consecutive Europa trophy with Seville of Spain but Waris believes Stephane will record another success in China.

"For me I don't think his move to China will change anything. As long as he keep proving himself it's never going to affect anything.

“Mbia has a winning mentality and I am sure that is going to help him to succeed in China,” the Lorient striker told Nigeriasportarena. 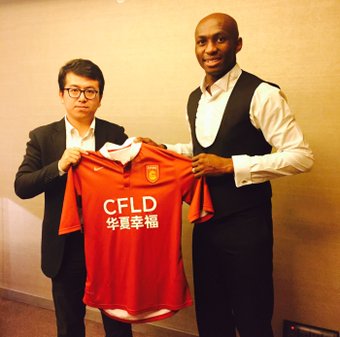 Posted by Nigeria Sports Arena at 10:48 No comments: