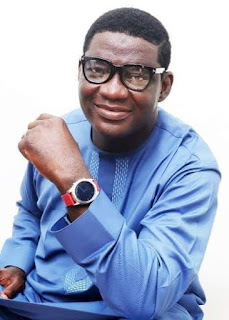 The Director General, Lagos State Sports Commission (LSSC), Oluwatoyin Gafaar has lauded the resilience of the Super Eagles following their 3-2 win over Cameroon at the on-going Africa Cup of Nations.


Commending the team who came from a goal deficit to pip their arch rival and book a quarter final ticket, he said the victory calmed frayed nerves after their loss against Madagascar.


Gafaar commended the Executive Governor of Lagos State, Babajide Sanwo-Olu who was physically present to cheer the team to victory.

“Lagos State is known for excellence and this has once again been demonstrated by His Excellency on the international stage after motivating the Super Eagles to victory in Alexandria, Egypt at a critical moment when they were down.”


Gafaar described the gesture as a reflection of Sanwo-Olu’s understanding of Sports terrain and importance of identifying with athletes.

“Every athlete derive greater motivation from being appreciated and that was exactly what His excellency did by promising the Super Eagles players handsome reward if they upturn the 2-1 deficit in the second half which they did in a grand style.”


The DG said the  incentive from His Excellency should not seen or limited to the surface value by Lagosians.

According to Gafaar, if the Governor could dedicate such time to sports less than 2 months after assuming office, then athletes and sports stakeholders are in for a good time.


“, I can tell from my experience that His Excellency’s gesture contributed in no small way in motivating the players. Having realised that Nigerians appreciated what they have been doing as a team, the players got the mental strength to secure the crucial win.”


With an unlimited and human resources left untapped in the sports industry, Bolowotan said the Lagos State Sports Commission will focus on grass roots sports developments cutting across the sports as well as infrastructure development.
Posted by Nigeria Sports Arena at 03:19 No comments: 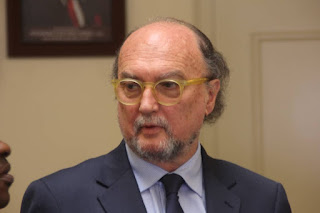 The President of International Sports Press Association Mr Gianni Merlo has urged Journalists all over the world to fight  those warring against the Media.

Gianni made this passionate appeal to over 110 affiliate countries of AIPS in a letter to mark the 2019 World Sports Journalist Day Celebration.

Let's fight those who want to silence an unaligned media.

This 2nd of July invites us to reflect on what our future will be if we do not react to the attacks that come at us from many quarters.

Those who have a tight grip on power, hand in hand with the great social media gurus, want to convince the public that journalists can be replaced by anyone. That the profession does not exist any longer, because everyone can be a journalist. They want us to become timid and resigned peons of information.

Of course everyone can become a journalist, but so too can everyone become a surgeon, or a scientist. If first they study and apply themselves in order to enter the profession, or propose research.  So too it is for journalism: it is necessary to study, develop intellectual honesty, practice in the field. There is no improvisation.

Every day we must clash with those who do not accept free and independent journalism, pushing back against lobbyists that cannot afford the truth to circulate undisturbed, who use their power to silence an unaligned media.

We are here to defend the transparency of sport, which has great social value. We must not be afraid, because fighting corruption in sport means defending civil society. Sport is also education, not just muscular exercise.
Posted by Nigeria Sports Arena at 12:53 No comments: