Team Ekiti will slug it out against Team Lagos, in the finals of the maiden edition of Fountain Youth Sports Club Soccer Tournament (FOYSSTON) on Thursday.

The city of Ado Ekiti will be agog for the finals as there is a lot to play for with a giant trophy at stake for the winner.

To get to the finals, Team Ekiti whitewashed Team Ogun 3-0 in the first semi finals with goals from Tolulope Ojo, to record his second hattrick of the tournament.

The tie between Team Lagos and Team Oyo ended 1-1 and game decided in a pulsating penalty shootout. Team Lagos won the tie 4-2 on penalties.

The final match of the historic tournament will hold at the Sports Complex of Federal Polytechnic Ado-Ekiti. 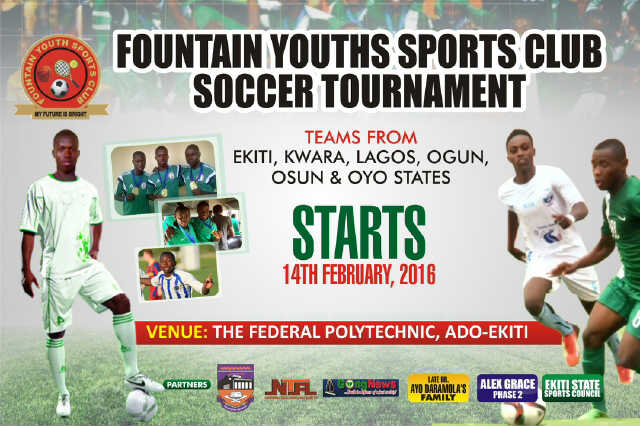 Posted by Nigeria Sports Arena at 03:30

Email ThisBlogThis!Share to TwitterShare to FacebookShare to Pinterest
Labels: FOYSSTON