The Nigeria Football Federation has named Coach Manu Garba (MFR) as Head Coach of the U-17 National Team, with a mandate to repeat his World Cup –winning feat of 2013 at the 2017 FIFA U-17 World Cup in India.

Soft –spoken Garba, who was elevated to the U-20 team after the 2013 FIFA U-17 World Cup triumph, led the Flying Eagles to lift the African title in Senegal last year, but his boys failed to progress beyond the Round of 16 at the U-20 World Cup in New Zealand.

Garba will now be assisted by Atuni Ali and Ernest Teigpanyo. The Golden Eaglets will a few months begin the qualification series for the 2017 African U-17 Championship, which will be hosted by Madagascar.

The NFF also confirmed Bala Nikyu as Head Coach of the U-17 girls team, Flamingos. He will be assisted by Queen Gwendolyn with Lateef Yusuf as goalkeeper trainer.

Flamingos have already qualified for the final round of the African qualification series for the 2016 FIFA U-17 World Cup, which will hold in Jordan later in the year. They play South Africa over two legs next month for a spot in Jordan. 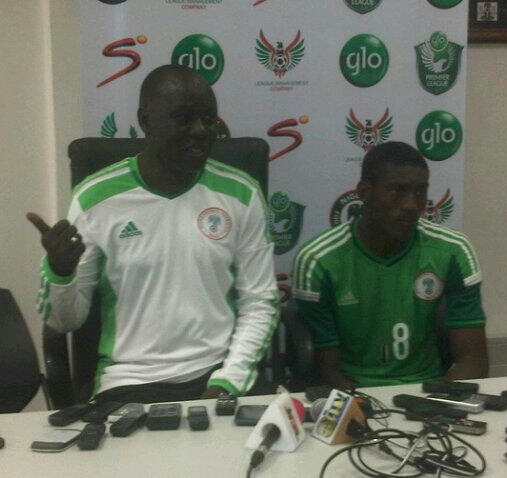 Posted by Nigeria Sports Arena at 06:54